Project:
Replacement roof coverings to the tower roof, including repair of the existing timber structure
and sensitive high level repairs to masonry walls

The fine Norman church is all that remains of the original 12th century Hospital. Building began in 1135 at the east end with the north porch added nearly 200 years later. The walls are over one metre thick and built from stone brought from as far afield as Caen (in Normandy), Dorset and the Isle of Wight, as well as some flint taken from the local chalk pits.

Steeplejacks inspected the fourteenth-century crossing tower of the Church of St. Cross and identified the need for repairs. Of almost cathedral scale, the Church of St. Cross in Winchester was a challenging restoration, requiring high-level access and specially designed scaffolding that acted as a temporary roof to provide wind and water tightness during the restoration.

The work has included re-covering the roof in lead, replacing rainwater pipes, renewing badly eroded stones in the stringcourse and repairing the mortar. Windows were re-leaded, while preserving the existing glass. All this has greatly improved the church’s ability to withstand the weather. Inside, the painted ceiling and walls have been preserved in conjunction with McNeilage Conservation. 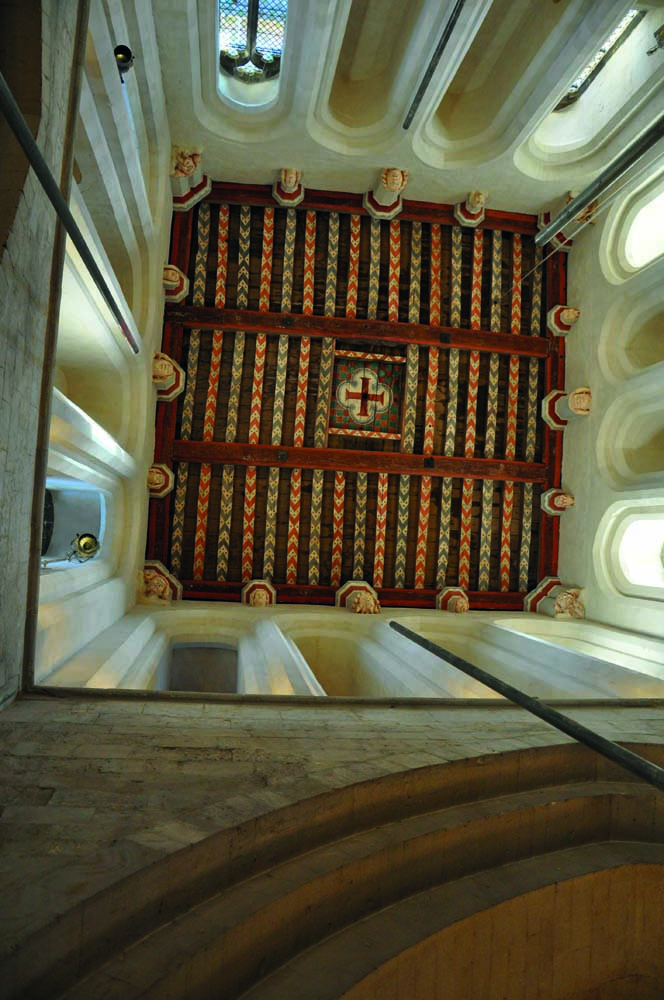 We have been trusted for decades by institutions responsible for some of Britain’s most important
historic monuments, cathedrals and churches such as Stonehenge and medieval Winchester College.

We also have responsibility for the maintenance of English Heritage monuments in the South-West of England.