A Grade II Listed farmhouse, established around 1700 and enlarged in the 18th and 19th centuries, which the Relph Ross Partnership has reorganised to suit the needs of modern family life.

New elements were designed to complement the existing building rather than stand out. More internal light was provided by the construction of roof lanterns, adding to the charm of the architecture, as well as a new window bay on the garden front. Harmony was achieved by the use of traditional craftsmanship: the local Greensand ashlar that was used for the additions will in time mellow to the tone of the old work.

The house won an award from the Salisbury Civic Society in 2012. The single-storey wing to the left is of around 1700; the tower containing the front door, built in the 18th century, was extended to create a second floor Belvedere. The new local Greensand stone construction was cleverly aged to blend in and appear contemporary with the lower masonry of the façade.

As part of the modifications to re-orientate the internal rooms, the new oak entrance door, canopy and steps were also added. Little touched since the Edwardian period, this house has now been given a new life for the 21st century.

“This project was a real mixture of technical and architectural challenges. The existing historic staircase was extended into the second floor to match every detail, including an ageing and distressing process to make it look as if it had always been there. A similar treatment was given to the second floor extension above the new entrance door. After building this in a new local Greensand stone, an artist was commissioned to cleverly colour the stone to make it look original!’’ 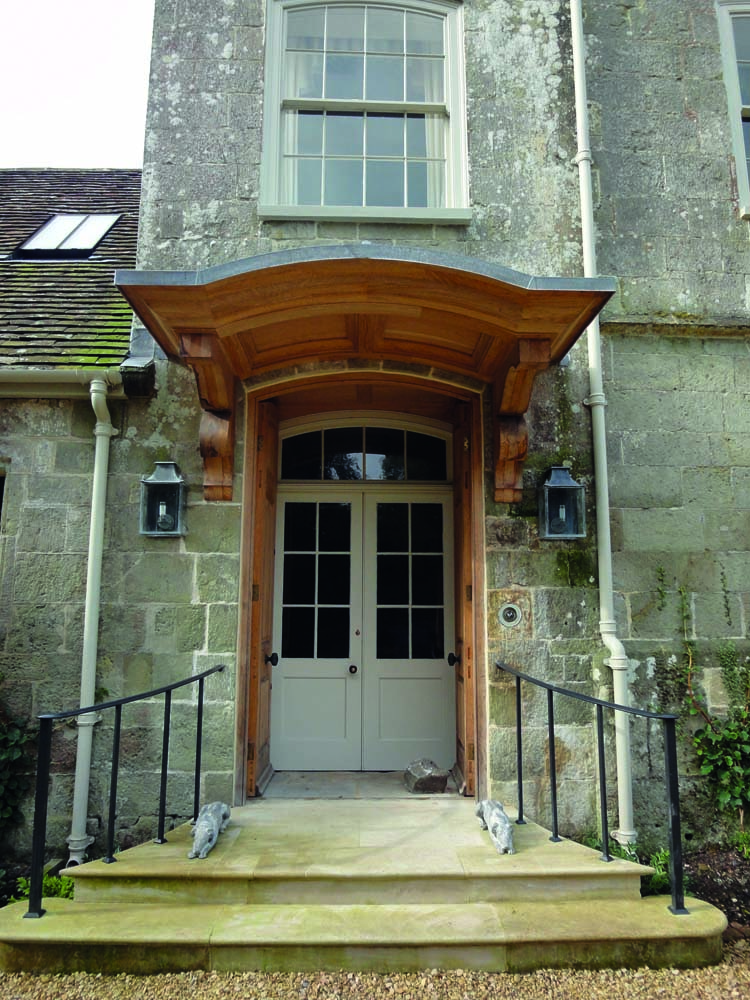